5:50 PM EST the clouds out here absolutely crazy beautiful, gigantic, very close to the ground, and even some of the cell towers I’ve seen have been up in them. They look like gods, I don’t know how else to describe it, they remind me of when the mountains are fighting with each other in Bilbo’s journey in The Hobbit. When they’re all traveling in the mountains and they’re on the steep cliffs and the thunder and lightning are happening. The mountains and thunder themselves are throwing rocks at each other that’s with these clouds look like except some of them are grey and some of them are gray-ish blue. Breathtaking for sure.
Just passed a Muskogee nation license tag.
Alaska! Subaru Impreza, kind a newer than mine. I thought I would not see in Alaska plates, that’s what I get for thinking!
Why do people say scratch their head when they’re thinking about something, trying to figure something out or something is confusing? I just naturally scratched my head after I thought about the fact that most of the trucks that I’ve seen have been from Maine and Idaho.
5:15 PM central time, I just left the Muskogee a.k.a. Creek nation. I saw this gas station that had flashing prices for diesel and regular fuel. For regular was $7.77. For diesel it was $8.88. Imagine seeing those numbers and thinking “that’s got to be wrong!” Maybe it wasn’t. When I went to Alaska, 1 gallon of gas was $13. I never understood why that was other than the white man trying to make it hard on Native Americans, perpetuation of that bullshit. I still don’t understand that, although logically it makes sense if you think about the Magna Carta, patriarchy, and other oppressive paradigms that go in that same sentence.
Exited the Seminole nation of Oklahoma and entered Potowan (sp?)

I just looked to my left right behind the Valero gas station is a Biscuit Hill. Not a hill made biscuits but a business called Biscuit Hill. Reminded me of Biscuitville which is not to be mistaken for Biscuit Hill. Biscuit. Biscuit build. What would somebody look like if they had biscuit build? I think it something like a muffin top, cute and pudgy around the edges.
“That girl had a real cute biscuit build!”
Leaving the Sac and Fox nation…
Entering Kickapoos nation
Just saw an exit with the word Tecumseh on it. Now I’ve got to listen to some Tecumseh valley.. here I come Nancy Griffith
281 miles to Amarillo, that’s crazy. How did 40 West know where I was going? 😉
5:45 PM central time just saw a license tag for Miami Nation Oklahoma
Potawami
Seminole nation
Caddo nation “Chitty” license plate. I like that nickname.
6:10pm CT My ass hurts.
Entering Cheyenne Seminole nation
6:35pm CT So I just almost hit the sparrow that was driving directly toward my windshield. I actually exclaimed out loud.
6;45pm CT just drove through my first downpour. Didn’t last long, not as long and wide as the sky that can be seen in all directions.
Suddenly a horizon of wind turbines!
730 central time this episode of Radio Lab has me yelling out loud!! Ahhhhh! If we had more jurors who were representative of the community that we all live in we could have a more JUST Justice system!
I have just done something that I don’t normally do which is turnaround on the interstate to see what kind of dead animal is on the side of the road I just found out it was a deer. I thought it was some kind a cat. I wonder how many miles out of my way I’m gonna have to go to get off the interstate and get back on. Oh wait here comes an exit now, That’s lucky duck status.
815 central time – just filled up 1399 miles. It’s 914 Eastern time. So I didn’t realize that Amarillo is such a big deal, I thought that I would drive on through have a tomato sandwich tonight for dinner. My plan is, don’t pay for breakfast and lunch, make and eat it on the road or wherever I happen to be, and then for dinner find cool places to eat. I found a cool place in Amarillo. And the funny thing is I found over 15 restaurants that are open until 11 or 12 o’clock at night that still serve dinner. Amarillo, I thought, George strait made it really famous. And if he didn’t and it was already famous, then I had no idea. I’ve never been to Amarillo, how was I supposed to know?
I expect to arrive at the restaurant right around 10 o’clock. Let’s see what this restaurant called OHMS has to offer, i’m looking forward to the smoked pork chop. A girl after my grandmother’s heart. She loves porkchops.
8:25 PM central

I was talking to Becky earlier and I just started to think about it again I was saying how I’m actually afraid and trepidatious about this trip. Also excited and at peace with it too. I have no idea what’s going to happen.I have a general idea about where I plan on going, but all the… Peter called and rest of that sentence is …rest of the trip I cannot plan.
10:41 PM central time leaving Amarillo Texas. I’ve been singing about Amarillo all day long because it was my dinner destination. But Amarillo gave me the creeps. Rather it was these two dudes it gave me the creeps. When the restaurant that I had found was closed, I was left to finding a restaurant that was open at 10 o’clock serving food. No easy task it seems. The burger joint was closed, but there was still a guy singing country music to a bunch of people in cowboy hats. There were two people shuffling around on the floor, maybe they were dancing. So I left there and went to the bright neon light that said Acapulco Mexicana! In searching for a restaurant, I saw a big slab of meat and a man working on a flat top Grill outside, it look enticing. The tacos were absolutely delicious. I had pork that was grilled and sautéed with onions and peppers and then they had a whole bar of accompanying taco toppings all for six dollars, I got three tacos. I found myself a seat, and before I had my first bite, this guy came over and started talking to me. At first he talked about how delicious tacos were, then he went into how he and his buddy and just arrived in Amarillo on the bus. And that they had intended on riding away on the bus but decided to skip it and stay overnight. He said they were going to be staying at the red roof Inn. His friend looked extremely fucked up. He was sitting hunched over sideways and kept losing the hat that was sitting on top of his head. He looked up at me one time and said “I’m from Kentucky but originally I’m from London.” Honestly I doubt of the story, maybe that’s terrible of me. But drunk people tell all kinds of tales, they said drunk people don’t lie but they sure as hell make shit up in order to impress women. The younger guy decided to sit down at my table and talk to me. Where I proceeded to avoid making eye contact and went about enjoying my tacos as best I could. About halfway through my first taco I knew that I was gonna have to get out of the situation. I’m overly friendly and I don’t know how to really ignore people, because I think it’s rude. But these guys I definitely wanting to ignore. So I got on the telephone called Peter so that I could not awkwardly ignore these guys. I just had a bad feeling about the whole thing. So my plan worked. I started talking on the phone, the young guy finally walked away and the sloucher drunk guy quit talking to me. I think they got the gist. There was a woman walking down the street really slowly who looked like she could possibly be homeless, and the whole vibe got more creepy really fast. Lots of people standing around outside on the corner and I feel like I just needed to go. So as I was eating my last taco, I picked up my plate while still talking to Peter on the phone and walked straight to my car. I still have an hour and a half left on my journey until I make it to the state park in New Mexico. It smells like poop out here and there’s a ton of lightning to my right (North) and I’m hoping I don’t run into that when I go to the state park. We’ll see what happens! I feel glad to be out of Amarillo. I never thought I’d say that.
11:45pm Central – Holy shit really? Maps just tried to take me down a dirt road and I can barely see anything it’s so dark. I hope I make it to the park tonight. 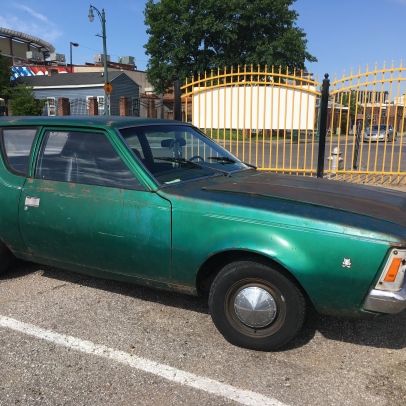 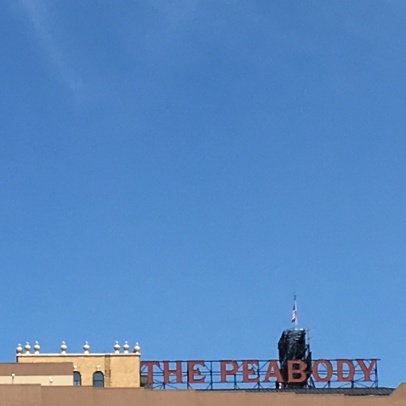 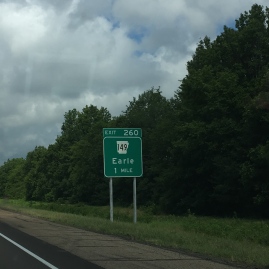 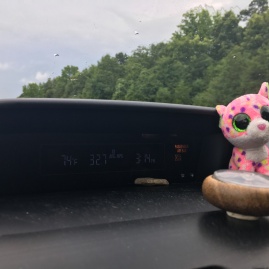 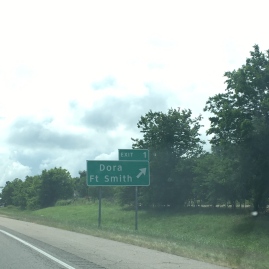 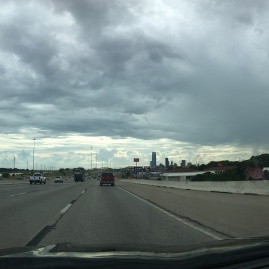 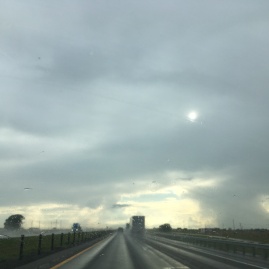 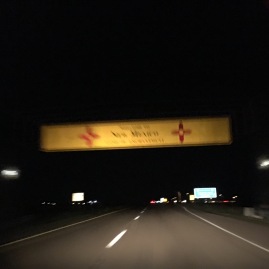 For Us To Seek Her – Song during Covid

What do you do when you're having a panic attack Anita? "Well, I fix things."
Call your Senators and call them every fucking day until this passes. #ForThePeopleAct #HR1 #PeopleOverProfits #EndGerrymandering #TransparentElections #ElectionsForThePeople #FuckCorporateGreed
Yall read this book: #mediocrethedangerouslegacyofwhitemaleamerica @ijeomaoluo #tooslow #equalrights #whywait #endwhitesupremacy #endwhitemalesupremacy #mississippigoddamn #realfacts #resilience #now
DM me and Get some! *careerinsight *lovevisions *soulpathadvice #findthosemissingsocks
Happy #FullMoon in #Virgo ~ may you use this time organize your shit as well as the stars organize themselves in the sky. Let go of trying to make it perfect. Perfection is sometimes another form of acceptance of what is - and leaving it at that. How about doing THAT tonight? #leaveitatthat #surrenderingtotheSacred #Moon #forest #natureDoesntTry #letgoandgrow #letgoquote #sleepingunderthestars #sleepingoutside #originalart #art #watercolor #fineline #finelinerart #water #river #trees #sky #earth #motherearth #fullmooninvirgo
Found this on Reddit this morning. #yes #whoopiegoldberg is the bomb 😆😆😆☝️☝️☝️